I feel the urge to hit the road now and “practice” a bit with my cameras and all these accessories that we accumulate.  I’ll be out for couple weeks, but I will check my mail from time to time to see what you are doing.  No post from me for a while.  Till we meet again.

In many Buenos Aires public parks, one finds an array of sculptures and monuments.  This metallic flower is the most prominent feature sitting in a pool and blooming towards the sky each day.  Generated by hydraulic power, it opens when the sun goes up and closes at night. It takes about 20 minutes to open as well as to close. 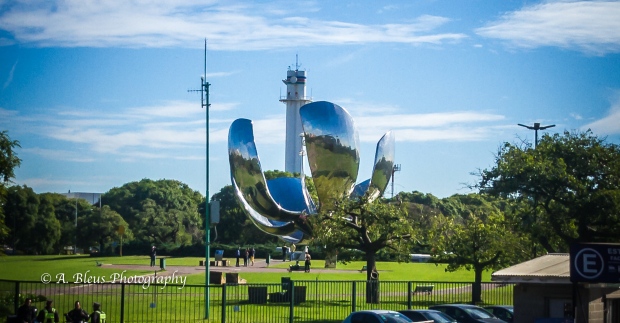 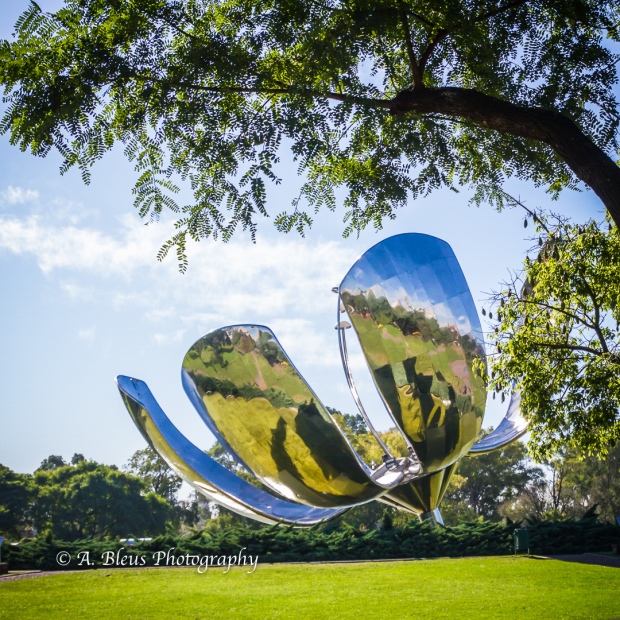 Figure of Santos Vega, perhaps a troubadour carved on a wall in La Boca, seen by million tourists strolling through Caminito street.

A colorful carved figure of the famous painter who encouraged the neighbors to paint the dwellings in bold, bright colors.

A reminder from the Mother of the children iconic scarf painted on a wall in La Boca.

The Mothers of the Plaza de Mayo is an association of Argentine mothers whose children “disappeared” during the state terrorism of the military dictatorship, between 1976 and 1983. They organized while trying to learn what had happened to their children, and began to march in 1977 at the Plaza de Mayo in Buenos Aires, in front of the Casa Rosada presidential palace, in public defiance of the government’s state terrorism intended to silence all opposition.

To the people of the country, this era represents the lives taken, families broken, and numerous human rights atrocities executed by Argentina’s military regime.  The Mothers of the Plaza de Mayo were the initial responders to these human rights violations. Together, the women created a dynamic and unexpected force, which existed in opposition to traditional limitations on women and motherhood inLatin America. The mothers came together, and pushed for information on the whereabouts of their children. In carrying out these efforts they also highlighted for the world the human rights violations occurring, and raised awareness on local and global scales. Their legacy and subsequent progress have been successful due to their sustained group organization, use of symbols and slogans, and silent weekly protests. Today, the Mothers are persistently engaged in the struggle for human, political, and civil rights in Latin America and elsewhere. (Wikipedia info.)

The white scarf of the Mothers, a symbol of the movement painted on the ground in Plaza de Mayo, Buenos Aires.  This scarf symbol is also spotted in other areas of the city.

The Obelisk of Buenos Aires is national historic monument and icon of Buenos Aires. Located in the Plaza de la Republica in the intersection of avenue s Corrientes and 9 de Julio, it was erected in 1936 to commemorate the fourth centenary of the first foundation of the city.

It has inscriptions on its four sides with a quick snapshot while passing thru reads: Second Foundation by Juan de Garay XI of June of MDLXXX.

To my friends, bloggers and followers, I take this opportunity to wish you all the best for this coming year full of hope, good health and prosperity as well as a very productive year of wonderful photography to grace our WordPress site.

Off to a well relaxed and entertaining 11 days Panama Canal cruise.  All the best till I return, hoping that meanwhile I ‘ll be missed just a bit.

A walkway leading to the beautiful Bethesda Terrace, the Central Park Mall runs through the middle of the Park from 66th to 72nd street. 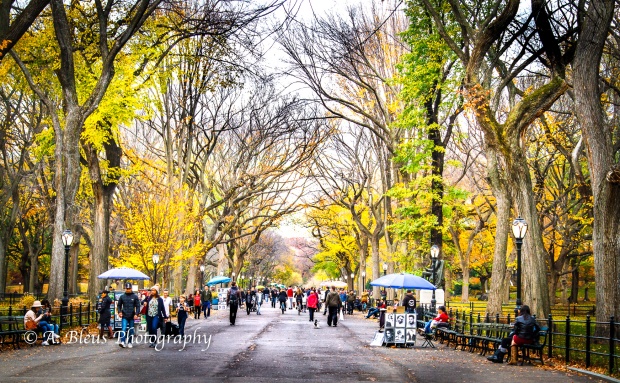 Once referred to as an “open air hall of reception” by its creators, the Mall was specially designed to accommodate the width of carriages passing through its bounds. Around the turn of the century, these carriages would drop off their wealthy inhabitants at the Mall’s starting point, where they could enjoy the natural scenery and mingle with people of lesser status. When these visitors finally reached the Bethesda Terrace, their carriages would be waiting to bring them to their next destination. 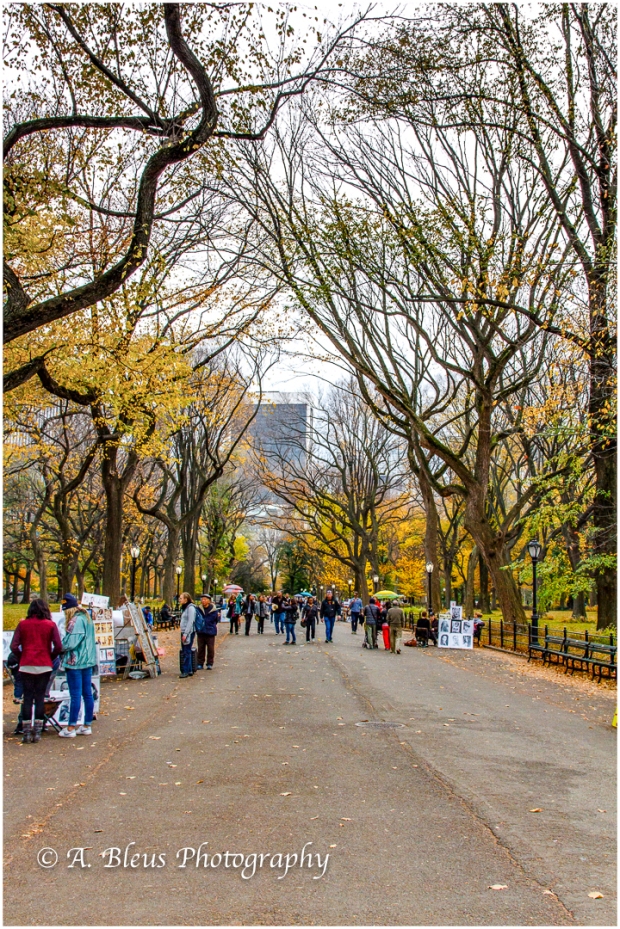 Placed in the middle of a square, incense burners release that fragrant smoke when burned throughout the day.  This burners can be found in many other locations and particularly in religious temples, squares etc.  The incense burning ceremony generates mystical aromas used by Buddhist Monks in their purification rites.  Faith carries a heavy significance in this part of the world.

People gather unpacks to play this ancient game, which is taken very religiously by the Chinese.  I was more of an observer than trying to learn how to play this game.  But it reminds me a lot like Domino.  It appears to be quite simple and very entertaining at the same time, while sipping tea. 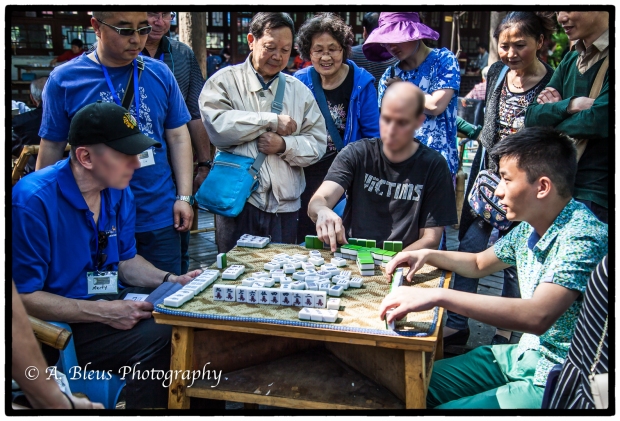